A text produced as part of The Bear and Ragged Staff: Ideas of the Rural residency at The Glasshouse, Leamington Spa, with the Coventry Biennial of Contemporary Art, 2018. 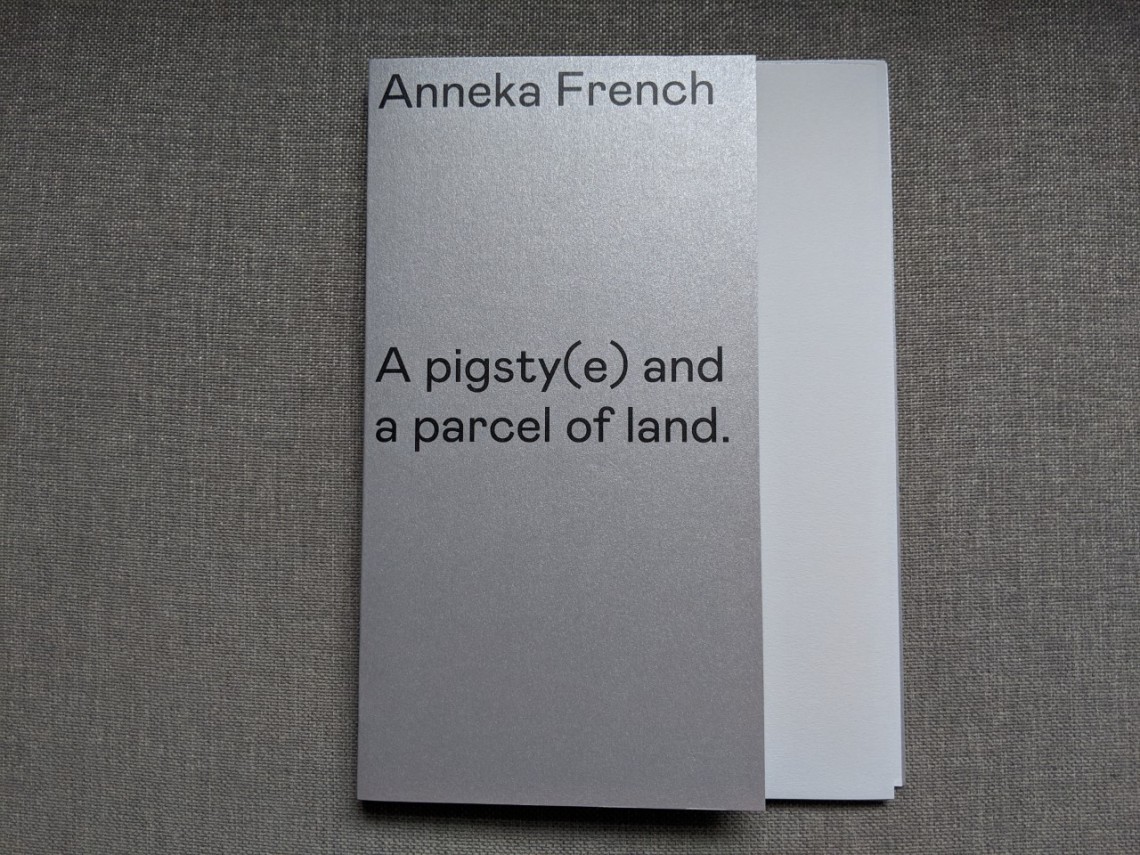 A Pigsty(e) and a Parcel of Land

REFLECTION:
Mirror. Glass. Sand. Obsidian. Window of opportunity. “Something of a cliché latterly, this phrase grew out of the use of ‘window’ to describe the opportunity to launch a space rocket when weather and other conditions were right, in the late 1960s. The figurative sense had evolved by 1979.” (1)
FORMER RURAL:
The house we live in was built in 1800. The deeds we have are copies from 1929. These, in turn, are copies from 1935. The house we live in was built in 1835. Of the cottages that
constituted the former village, seven remain, comprising four homes. The house was built by Jeremiah Ditheridge and contained a dwelling house and a parcel of land, with a
“pigstye” and nailmakers’ workshop. This inventory is now defunct. Jeremiah Ditheridge
built our house and signed the deeds with an “X”. The deeds from the 19th Century note that the house is situated in Salop, an older term for Shropshire. The 20th Century deeds note that the house is to be found in Worcestershire. It is now located in the West Midlands conurbation, part of the Metropolitan Borough of Dudley, “administratively” part of the town of Halesowen, with a Birmingham postcode. Once the site of a tiny village, it is now incorporated into the area now semi-affectionately referred to as the Black Country, a term taken from the pollution caused by former heavy industry which

coloured its air, its buildings and its landscape. While some light industry remains close to this site, the area is now largely suburban.

SLIPPERINESS:
Acute injury to the anterior cruciate ligament which appears flattened and mostly
disrupted close to the femoral attachment. Minor partial injury to the proximal lateral collateral ligament, without laxity. Extensive contusions to the central lateral femoral condyle and posterior medial and lateral tibial plateau in keeping with a recent pivot shift injury. Small joint effusion. Moderate amount of subcutaneous oedema anteriorly. (2)
DISLOCATION:
See SLIPPERINESS.
UN(BELONGING):
I took a train to Toledo, Spain. In Toledo I found ceramic tiles used to denote religious identities. These markers of belonging are placed on the exterior wall or floor of a
domestic residence, close to the front door. The tiles are intimate but unequivocal.

Are you on the same side as me? Will we stand together when the shit goes down or will I have to fight you?

PLACE:
X marks the spot… We bought leaves from the park into the studio, tangled around the
wheels of the pushchair and trailing behind us, beyond us. A line of breadcrumbs in the forest. How long is a piece of string? Tie a knot in a handkerchief. “‘Would you tell me, please, which way I ought to walk from here?’ ‘That depends a good deal on where you want to get to,’ said the Cat.” (3)
(1) Nigel Rees, Cassell’s Dictionary of Word and Phrase Origins. London: Cassell, 1996,
p. 269
(2) Radiology Results for Anneka French, 2017
(3) Lewis Carroll, Alice’s Adventures in Wonderland. Boston: Lee and Shepard, 1869,
p. 89
Advertisement