The current exhibition at Open Eye Gallery states in its literature that ‘a document is … amendable and changeable whereas a record is not.’ While this claim can most certainly be disputed, this self-reflexive display explores interesting and complex territories. In particular, the exhibition reconsiders the role of photography in documenting the official story, impact and legacy of large-scale exhibitions. Assembled works from four artists investigate the role that photography has played in the documentation of three significant platforms, documenta, the Venice Biennale and the Liverpool Biennial, over a period of over fifty years. These question too whether images of exhibitions can and should stand as artworks in their own right.

‘Not all Documents are Records: Photographing Exhibitions as an Art Form’ is a partner exhibition of the 2014 Liverpool Biennial. Cristina De Middel’s commissioned work responds to this specific context, using archival materials from the media in a new installation that imagines this year’s Biennial presentation. Covering three walls are a series of blown-up images of exhibitions and performances, and quotes from newspapers that criticise and sensationalise previous festivals: ‘£300,000 FOR THAT!’ and ‘Inflatable liver, a giant stain and a map of dogs,’ for instance. Such media interactions are an integral part of the history of art’s display, even if they might be typically expunged from official records by the exhibition organisers. De Middel has placed over these a series of framed photographs that have sections of other artist’s works censored by blocks of pink colour. Her work here questions copyright regulations pertaining to image reproduction and the prevalence of appropriation: just how far can one alter an existing artwork before it becomes a new piece altogether? No longer official records of previous Liverpool Biennials, De Middel has made new works which now exist as malleable and highly ambiguous documents that will form part of its future archive. 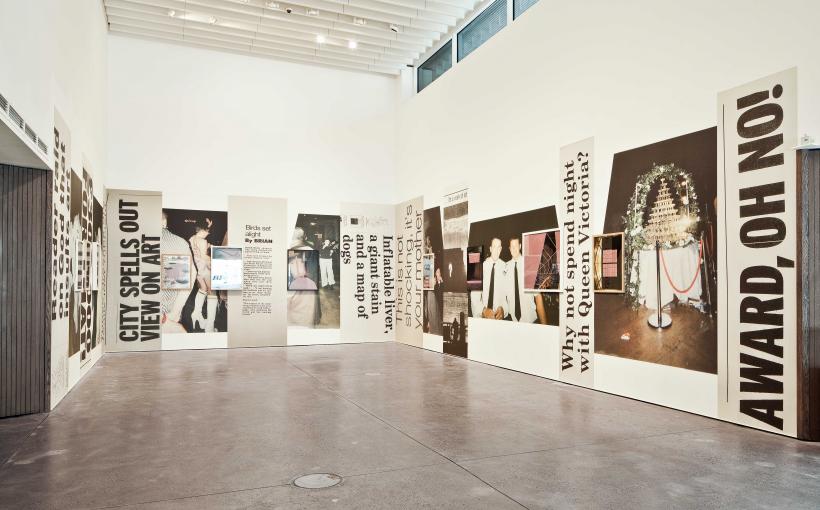 Works by Ugo Mulas push this political bent further. They comprise a series of photographs that respond to two years of the Venice Biennale in the 1950s and 1960s. Some of these depict exhibition installation photographs, behind the scenes images and glamorous opening events, while others document protests by students and other artists against the Biennale. These protests resulted in many included artists removing or closing their displays. Evocative public demonstrations in the Piazza San Marco are contrasted with VIPs sipping coffee at Caffé Florian: the anti-establishment politics of the disenfranchised versus the privilege of the few. These are images which remain familiar even today. 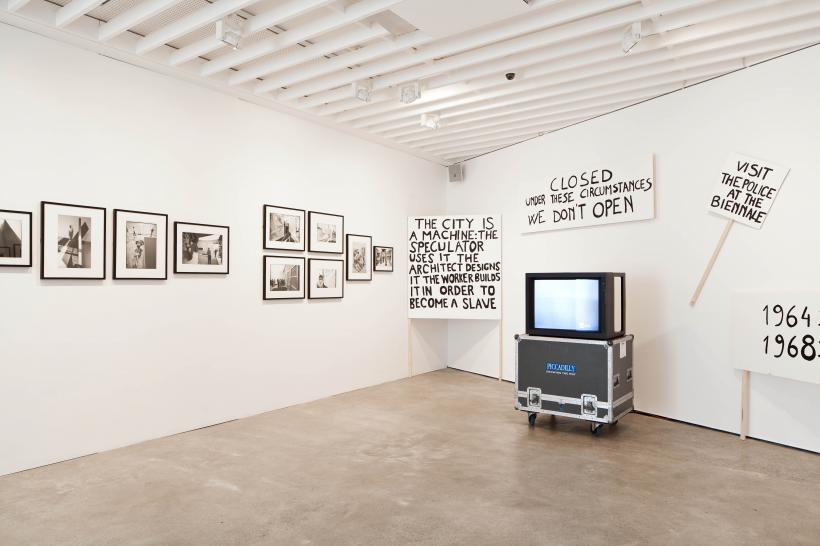 Ira Lombardia exploits the truth that is so often presumed is manifest in records. Her works, displayed in vitrines in the upstairs gallery, are fictional accounts of documenta 2012 featuring an artist that doesn’t exist inserted into the programme. Lombardia’s books, appropriating the official catalogue of the fair, show how easily records can be manipulated and falsified entirely, and how a legacy shaped by such publications onlyseems to be more reliable than memory.

The star of the exhibition is undoubtedly Hans Haacke. His black and white photographs made at documenta in 1959 are wry and humorous portraits of gallery visitors. Images such as ‘Pollock Bench Child’ and ‘Mondrian Pair’ give an indication that the artworks depicted are less significant than the visitors themselves and their interactions or non-interactions with the exhibition. A far cry from typical installation photographs, instead these show children playing, men reading and taking photographs, people in conversation and generally not looking at art. These images don’t fit into the official canon of images for documenta: this isn’t how visitors are supposed to behave either now or then. There are no clichéd wistful, contemplative images here. Instead, Haacke reveals something a little closer to the truth of the exhibition experience for many people, producing documents which are more mutable and perhaps more authentic than the kind of press images one is used to encountering. Capturing small narratives within the exhibition galleries brings together new experiences for the viewer of his work. A photograph of a Kandinsky painting hung behind a child in a push-chair who is turned toward the artist (and the viewer) with a puzzled expression on his face is no longer just a Kandinsky painting, but a new work entirely. 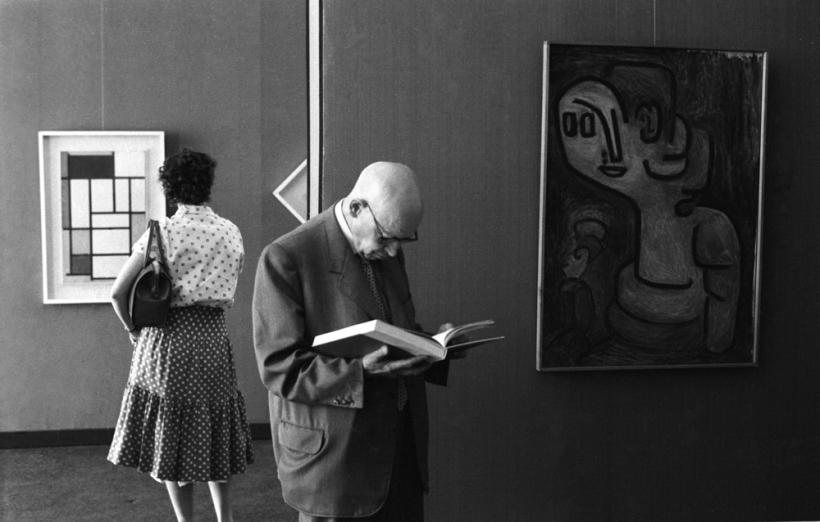 No records or documents, whether written or photographic, are discrete or finitely fixed. All are mutable, shifting, contextually reliant and all are a fragment of a much larger picture. Remembering these facts at all times is important, and not just in this exhibition.

Not all Documents are Records: Photographing Exhibitions as an Art Form
Open Eye Gallery, Liverpool
Presented as part of the Liverpool Biennial 2014
5 July – 19 October 2014

Published by this is tomorrow on 2 October 2014